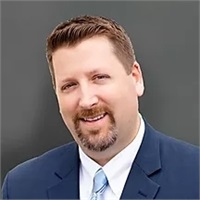 Richard Gigliotti started his career in financial services way back in 1999 helping out a retirement radio show that focused on "The IRA Time Bomb". He was licensed in 2001 with his Series 7 and 63. He decided that tax and retirement planning was his true passion, so he passed his Series 65 in 2007, which would allow him to be a fiduciary for his clients. Rich also holds his Life Health & Disability license for the states of CA, TX, CO, and currently holds the professional designation of Retirement Income Certified Professional (RICP®).

Some of Rich's accomplishments include: Editorial Board two years in a row for a major tax guide that sold over 10 million copies! He was part of a tax desk that answered questions from financial advisors across the country. He also graduated from SDSU with a Bachelor of Science in Business Administration with emphasis in Finance. He decided to further his education and finished a 17 month Executive Financial Planning Program from SDSU in 2005 which allowed him to further his knowledge in corporate benefit plans. Rich often says that at one point in his career he knew over 50 company 401(k), pension, and medical plans. He now focuses on a handful of companies in the telecom, technology, energy, and defense areas.

Rich was influenced at a young age by his dad who was incredibly well versed and successful in the stock market. Unfortunately, Rich's first experience with the stock market was not what you'd expect being under the wings of such knowledge. His initial investments took place in 1999. What came next? I am sure you remember the year 2000. It was not just a millennium change, but the year the stock market took a huge hit. Rich had invested his life savings which was at that time, $15,000, from money he saved working part time during college. Rich definitely learned the hard way that there are no guarantees, and it made him realize timing was important. Rich attributes this lesson learned at such a young age in this business as something that motivated him to make sure his clients' investments are allocated correctly and that they understand the importance of the timing of distributions. When it comes down to it, Rich's true passion is helping people.

Rich enjoys spending time with his family, food & wine, and watching sports. He is married to his high school sweetheart, Joy, and they added two sons to their family, Lucas and Dylan.