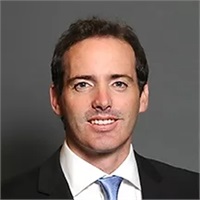 Jeremy has been in the investment advisory business since 2000. He started his career at Merrill Lynch and Citigroup before finally realizing that independence was very important to him. His passion for the industry began at a young age. At just 16 years old, along with the helpful guidance and encouragement of his father, Jeremy contributed the majority of his work paychecks to invest in his first IRA. Jeremy realized how valuable that life lesson really was by the time he graduated from college. He credits his father with teaching him the true value of a dollar and importance of investing in his future. He tells us his dad just forgot to tell him he couldn't touch the money until he was 59.5! Turns out, that was a good thing. Jeremy says his biggest compliment clients give him is that he makes things easy to understand when it comes to planning and executing a retirement plan.

Jeremy has the honor of being a Top 40 Under 40 Financial Advisor in the Country. In fact, he was number 1 in the state of CA two years running!* He graduated from San Diego State University with a degree in Business and later returned to school to earn his MBA. He has a Series 7, 66, and Life Health & Disability licenses.

With a focus on pre-retirement and retirement planning, Jeremy has built this business by helping Fortune 500 employees transition into retirement by educating them on their specific company plans and then using that information to retire at the best time specific to their plan rules and retirement objectives.

Jeremy enjoys golfing and tennis, as well as spending as much time as he can with his family: his wife, Catherine, their three young sons, Asher, Landon, and Beckham, and their Maltese, Riley.

*REP Magazine for advisors under 40 based on AUM.